Carol Henry has been part of the Erasadent team since before the very beginning. Michael married Carol in the early 80s while he was still an apprentice butcher, and she was working at the Coles checkout. Carol spent the following decade being mum to three of Erasadent’s future PDR technicians, and helped Michael establish and grow his business from the very first day.

Carol is an avid fan of Liverpool FC, and bought her family up to follow in her footsteps (or else!) You can usually find her in the pub with her friends yelling at the referees, or in the office juggling two or three phones at once. Carol schedules almost all of Erasadent’s jobs, and organises the schedules of every technician and contractor that works under the Erasadent banner.

Not limiting herself to the role of “mum”, Carol has been one half of Erasadent since day one, and continues to work tirelessly everyday to ensure Erasadent stays up the top as Adelaide’s best Paintless Dent Repairers. 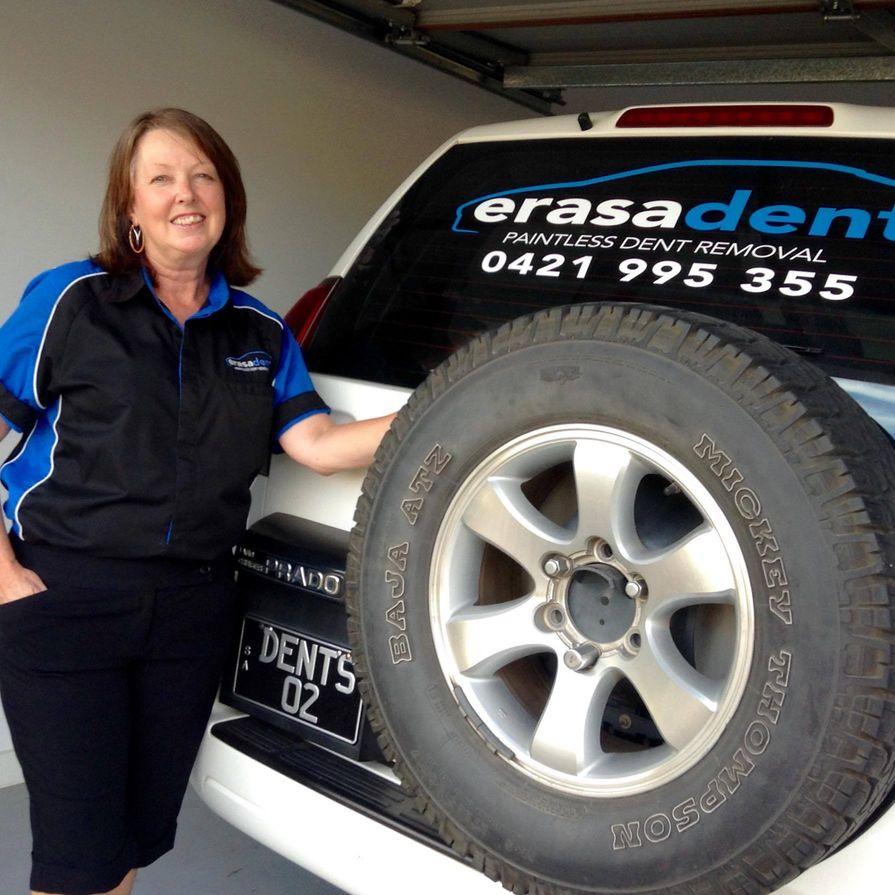 Get in Touch with Carol