Michael Henry began his career in Paintless Dent Removal back in 1994. Alongside his wife and three young boys, Michael was one of the few original technicians who were there at the very beginning setting up the PDR industry here in Adelaide.

Michael quickly became an expert in this new trade, working with local car yards and panel shops to show them how this new repair technique could benefit the entire auto industry. After refining his skills over several years, Michael moved his business interstate so he could learn the more advanced PDR repair methods from the veteran technicians that came over from Europe and America every hail season.

Relocating the whole family up to Queensland in 2001, Michael jumped straight back into Paintless Dent Removal. Focusing his career around perfecting larger repairs, Michael mastered his skills by working closely with some of the best international technicians from England and the Netherlands that flew into South-East Queensland every year to ply their trade. By the time he decided to move back to Adelaide in 2008, Michael had worked every hail season for the last 7 years, repairing vehicles all throughout Queensland, New South Wales, Victoria and South Australia.

Since then, Erasadent has boomed. Training up all three of his sons in the art of Paintless Dent Removal over the years, they have all at one time or another been apart of the growing project that Michael had envisioned when first starting his business almost 30 years ago. 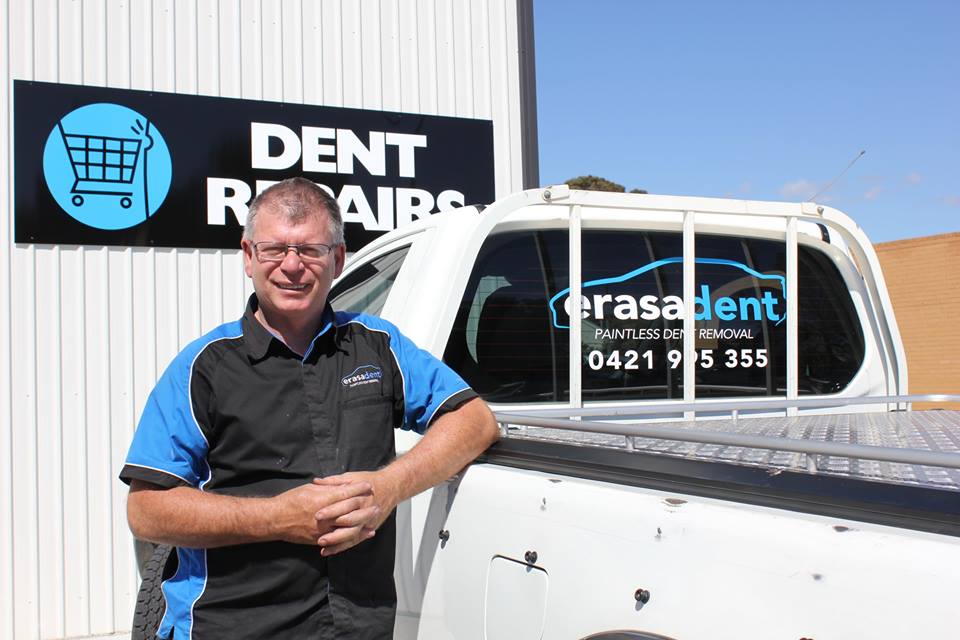 Get in Touch with Michael